The vast land train networks are the backbone

The earliest history of rail transport dates back thousands of years, as evidenced by several prehistoric routes that have been unearthed in ancient China, Roman Egypt, England, and Greece. They somewhat resembled current technology in principal but were not quite the sleek metal rails that are in operation today. The modern railroad has only been around for several hundred years, as the steam locomotive and metal rails only made their first appearances around the late 1700’s. Today, it is the backbone of transportation for majority of the industrialized world and will probably continue to be for many years.

Steam powered locomotives transformed rail travel and persisted around the globe for at least 100 years as the dominant force. This was until the mid-1800s with the advent of the electric locomotive followed by the diesel one in the late 1800s. Tracks were then standardized, locomotives and rolling stock were mass produced, and trains systems began to change the landscape of the industrialized world. For those 200 years, the impacts of the modern railroads would be enormous.

Railroads helped the United States become what it is today and allowed it to flourish right after the industrial revolution. Countries in Europe like Germany, England, and France would now have linked towns via railway systems which provided swift travel for people, labor, and goods. Railway systems were the cornerstone of the modernization of the Latin American Economy. Countries like India and Japan, and many in Africa saw great benefit and progress with the coming of the railroads. In Russia, for example, with its large territory and poorly developed road network, trains account for the majority of people and cargo transportation.

Countless cargo trains and passenger cars travel on the 1.3 million kilometers of railways around the world. Trains with only a few cars can move a short distance to deliver passengers a distance of a few city blocks while cargo trains with hundreds of cars can push goods and raw material from one end of the country to the other. Railroads are essential to our daily lives without our immediate knowledge of this fact. There are countless small-scale models of these trains and railway systems that are enjoyed by enthusiasts all over the world. Trains are known, used, or loved by many.

Today the future is even brighter with advanced projects like the magnetic levitation trains and the hyperloop. Maglev will be lifted off the tracks and propelled by magnets at very high speeds. The tracks will no longer account for any friction. The only resistance will be the air around the maglev. Hyperloop trains take this a step further. They will run inside a tunnel system on the same magnetic principles, but the air inside the tunnel will be pumped out. This will enable the hyperloop cars to travel at enormous speeds, that rival those of aircraft, due to virtually no air resistance. We are well on the way to commercial high-speed train travel in the upcoming years. Trains are not only here to stay, but they are also evolving. 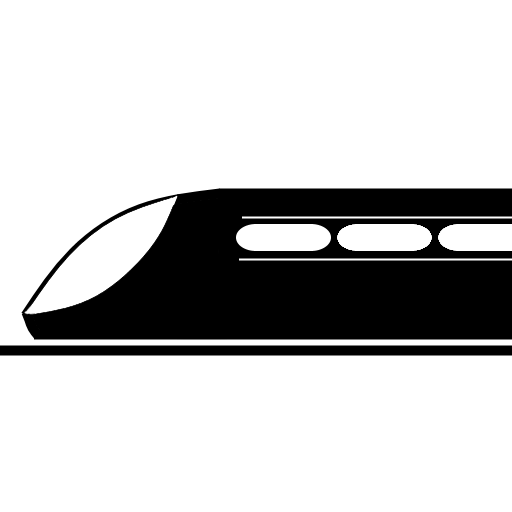 1. Notable train routes around the world

2. A train journey is an unforgettable scenic experience